Half of eight-year-olds have tooth decay

by Steve Dixon 22 Sep 2015 | Categories: All news items, Dentistry in the news, Your oral health

Nearly half of eight-year-olds and a third of five-year-olds have signs of decay in their milk teeth, a national dental health survey has found. The 2013 Children’s Dental Health Survey for England, Wales and Northern Ireland also found that 46% of 15-year-olds had decay in their teeth.

But there were signs of improvement compared with 10 years ago, with an overall reduction in the number of cavities in children’s teeth.

The survey – commissioned by the Health and Social Care Information Centre – is carried out every 10 years and is seen as a good barometer of children’s dental health.

In Scotland, dental inspections also show continued reductions in the percentage of children with tooth decay.
Figures from 2014 found that 32% of children aged five had tooth decay. Among children aged 10-11, around 28% were affected.
But large proportions of young and teenaged children continue to be affected by oral disease across the UK. 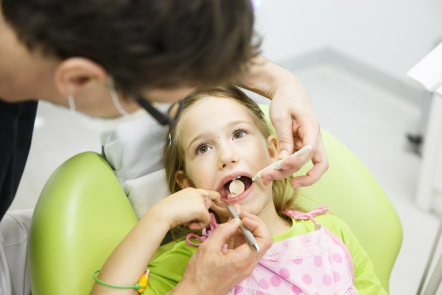 “Tooth decay is a serious, preventable disease and this survey echoes the need to urgently reduce the amount of sugary snacks and drinks in our children's diets.
Dr Sandra White, Public Health England”