by Nicola Rowbottom 08 Nov 2015 | Categories: All news items, Dentistry in the news, Your oral health

Professional footballers have worryingly poor teeth that could be affecting their performance on the pitch, say dentists.
Their study on players at eight clubs in England and Wales, in the British Journal of Sports Medicine, showed nearly four out of 10 had cavities. West Ham United’s medical staff said athletes often had worse teeth than the general population. Regularly consuming sugary foods is one possible explanation.

The dentists, from the International Centre for Evidence-Based Oral Health at University College London, examined 187 players’ sets of teeth. They found 53% had dental erosion, 45% were bothered by the state of their teeth and 7% said it affected their ability to train or play. Around 40% had tooth decay, compared with 30% of people of a similar age in the general population.

Prof Ian Needleman, one of the researchers, said “These are individuals who otherwise invest so much in themselves so it’s a surprising finding.

“There are two main groups – some have a catastrophic effect, they have very severe abscesses that stop them in their tracks and they cannot play or train.
“There’ll be others experiencing pain affecting sleeping or sensitivity every time they take a drink.
“At this level of athlete, even small differences can be quite telling.”

Nutrition is one of the primary suspects with frequent consumption of sugary or acidic foods during training potentially accounting for tooth decay and erosion. A lot of air in the mouth during exercise can also dry it out so there is less protection from saliva. 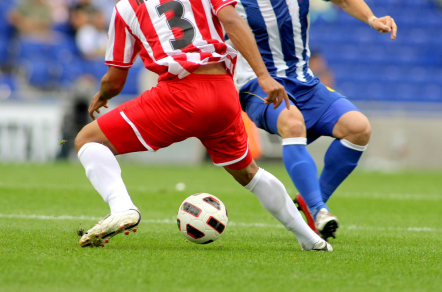 “Stijn Vandenbroucke, the head of medicine and sports science at West Ham, said there were "clear preventive benefits for athletes and club".”